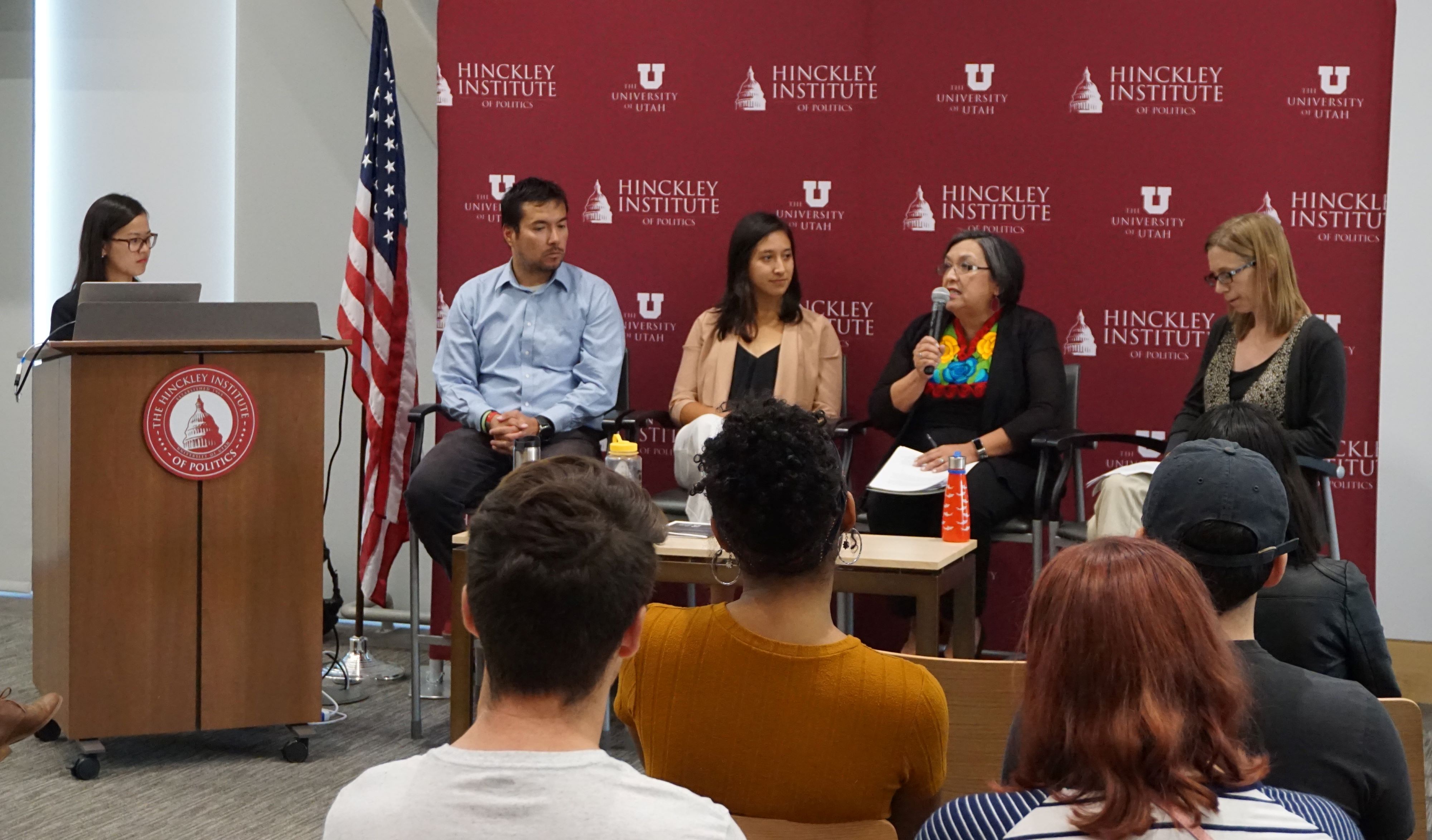 Hinckley Institute Radio Hour (Original Air Date: October 2, 2019) — This week on the program, we air a forum on climate change’s effect on minority communities in the state, in the nation and across the world.

Almost one year ago, the UN Intergovernmental Panel on Climate Change (IPCC) released a landmark report that called for the limiting of average temperature rises to 1.5 degrees Celsius, beyond which even marginal increases to global temperatures would mean significantly worse and more frequent risks of drought, floods, extreme heat and poverty for hundreds of millions of people. With average temperatures already one degree hotter than preindustrial levels, the recommended parameters for avoiding a higher than 1.5-degree change are a 45 percent cut in global carbon pollution by 2030.

A second IPCC report was released in September on climate change’s effect on the world’s oceans. According to the report, by 2050, rising sea levels along with more intense and frequent coastal weather events such as Hurricane Harvey, Maria and Dorian will lead to several trillions of dollars of damages each year, as well as the creation of millions of displaced migrants. The most vulnerable to these events will be those that lack the economic and social resources to cope with a changing climate or to move away from its most dangerous impacts. This week’s panel discusses these vulnerable populations and specifically the minority communities that already have and continue to face the brunt of the climate crisis’ fallout. They consider solutions to these problems and how we might avoid, mitigate or withstand a changing climate.