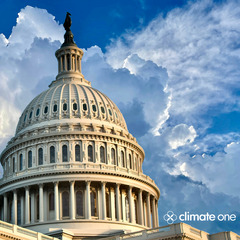 For nearly six decades, the US government passed no comprehensive climate legislation. Now that’s changed. The Inflation Reduction Act contains approximately $370 billion of investments in clean energy and climate solutions. But not everyone is happy. To get through the Senate, the bill offered a lot of carrots to entrenched fossil fuel interests, along with investments in renewable power. And many in disadvantaged communities, who so often bear the brunt of climate-induced disasters, feel they’ve been left out yet again.

For Bineshi Albert, Co-Executive Director of Climate Justice Alliance, the legislation is devoid of anything that would create a real relationship with the communities who are being directly impacted. And that relationship is necessary for addressing unintended consequences of even the best climate policy. “Storage of energy for wind and solar is a concern, because those minerals that are used for batteries and for solar panels, those come from actual places where people live. And so, it’s not to say ‘let’s not do that.’ I am 100% behind wind and solar and other renewable sources, but how do we share the responsibility so it’s not the same communities over and over being sacrificed for that?”

The bill passed the Senate along party lines, with Vice President Harris casting the tie-breaking vote. Yet Senator Manchin had said Republicans would have voted for this in normal times: it pays down the debt; it increases permitting of energy projects; it increases energy production, objectives that Republicans typically seek.

For Chelsea Henderson, Director of Editorial Content at RepublicEn, “The problem is that it was done through this budget reconciliation process, a partisan process, even though it includes things that might be attractive to other Republican lawmakers, is always gonna have that little, you know, you’re pitting the parties against each other.”

Henderson goes on to say, “Even if we stop emitting CO2 today the whole world, we’re still gonna see these impacts of warming, right, because it takes years, decades even longer for the cycle to catch up. And so, I am a little bit afraid that people who aren’t paying as close attention will look at this and say, oh, we just didn’t solve climate change. We put all this money into it and when they’re still seeing hurricanes, floods, forest wildfires, droughts, then there’s gonna be sort of a cynical response: What did we spend all that money on, when all of us here know that it’s a little more nuanced than that. We need more of a sustained effort over time, over time, over time, and then maybe my grandkids will start to see a climate that is a little more stable.”

Somini Sengupta, International Climate Reporter & Anchor, Climate Forward Newsletter, New York Times, says this landmark legislation will help the United States address its responsibility to the rest of the world as the largest historic emitter of greenhouse gasses. That said, Sengupta points out that – other than pumping a lot of investment in clean energy that should bring down costs for everyone – the act does nothing to help other countries pay for new renewable energy projects, nor help other countries adapt to the effect of climate change. “That’s a big deal because the US remains a laggard in international climate finance. President Biden pledged that the US would give $11.4 billion a year by 2024. So far what we’ve seen is Congress approving just a mere fraction of that. Congress has approved about $1 billion of that pledge.”

However, Sengupta continues, “It allows the United States, starting with the president and his special envoy, to say ‘we are at the table.’ It is a very different position from one that you saw a few years ago with the US pulling out of the Paris climate agreement” – which President Biden rejoined almost immediately upon taking office.