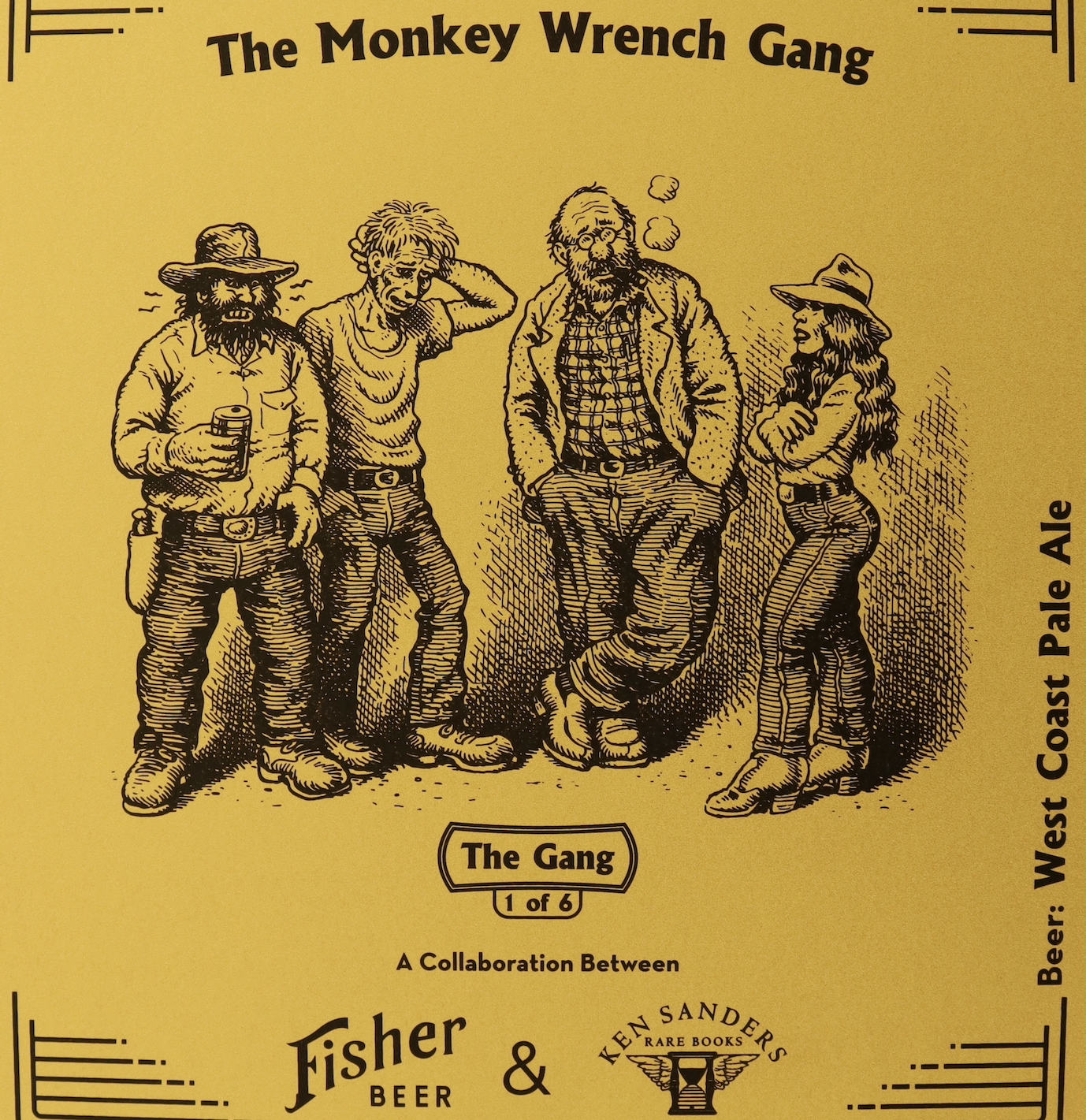 Today on “In the Hive,” as part of an ongoing effort to save his independent store, bookseller Ken Sanders teamed up with Fisher Brewing to release some limited-edition, literary-inspired beers. And they’ve been a hit, with each of the commemorative cans selling out the day they were released. There’s an interesting backstory here as well, involving the influential, late author Edward Abbey and the underground comic artist R. Crumb. The cans feature Crumb’s drawings of the ragtag band of eco-saboteurs depicted in Abbey’s 1975 novel “The Monkey Wrench Gang.” And wilderness-loving fans of that novel are responding to the beer-book partnership.

From local politics, to arts and culture, to history, the environment and beyond, “In the Hive” explores the issues and ideas that tie Utah together. Produced by KCPW Studios
On Air

Local News One of World’s Oldest Books May Be in Sandy
City Views CityViews 10/02/12: An Unvarnished View of Westward Expansion/The West in Contemporary Writing