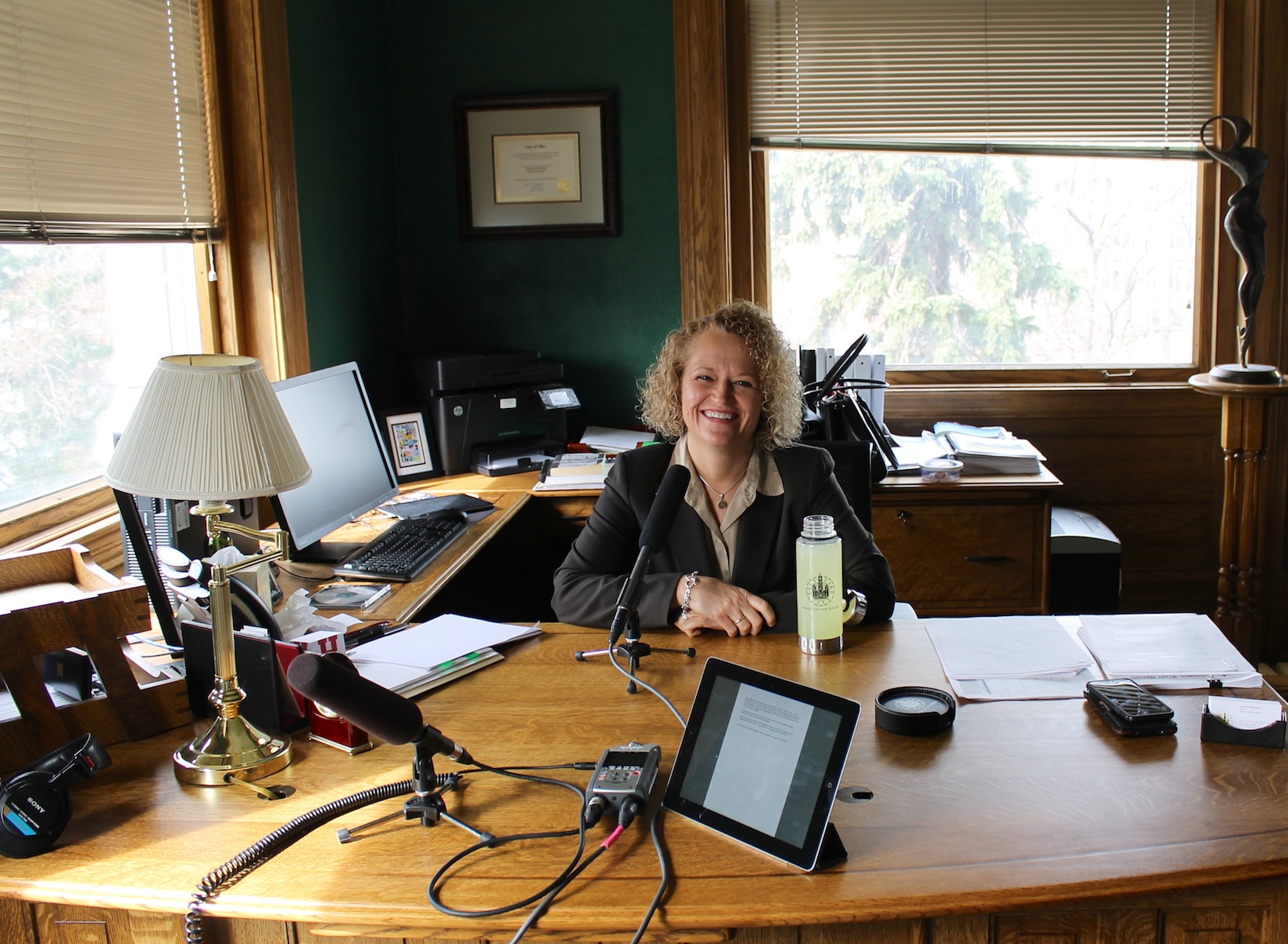 (KCPW News) Salt Lake City Mayor Jackie Biskupski has now been in office for a little over two and a half months, but her short tenure has not been uneventful – with the police shooting of a teenager, a major legislative push, and with national elections having a local impact (among other things). Carrying on a long-running practice, KCPW will feature regular interviews with the mayor’s office.
Roger McDonough sat down with Mayor Biskupski for this first installment.