KCPW has finished a nearly two-year project that strengthens its signal and increases its broadcast range at a consolidated frequency. This means more geographic coverage and a wider audience, at one spot on the radio dial: 88.3 FM.

KCPW (and the local public radio community) is grateful to those whose support helped make this important upgrade possible: David Simmons who volunteered time and energy toward finding this more permanent solution – and connected KCPW to engineers Scot Mathews and Kevin Terry who pieced together and implemented the work.

Others deserving recognition include Bert Goldman; Bill Ramsay; the late Dennis Silver, a visionary local engineer who helped find solutions to preserve KCPW’s reach when it was first threatened; Lewis Downey, whose technical expertise made the difference at numerous moments; and Public Media Company for their assistance throughout. 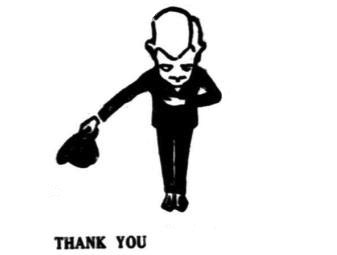 Ultimately though, none of this could have happened without the generous support and friendship of:

Thank you for making sure this important project found its way to today!

Thanks to these individuals, foundations, engineers, and volunteer advisors, and consultants, KCPW went from potentially losing a couple of hundred thousand listeners to preserving and expanding its reach. In addition to the stronger signal, the move also reduces the station’s annual operating costs by approximately 5%.

We’re keeping tabs on how the transmitter move is affecting longtime listeners and are eager to hear of any changes to your signal – either at home or around Salt Lake and beyond (one listener could hear our signal nearly to Delta!). Email us your signal upgrade stories, and thanks!

Faced with a “move it or lose it” situation in the fall of 2015, KCPW successfully shifted its translator frequency from 105.3 FM to 105.5 FM. Translators relay a station’s main radio broadcast and can help fill in gaps in coverage in a geographic area. Had that move not happened, whole communities could have lost access to KCPW’s quality local public radio programming, including the southern portion of the Salt Lake Valley.

The move was a needed, but temporary solution. Even at its new frequency, KCPW’s translator remained at risk due to an ongoing shake-up in the radio market. Finding a permanent solution was essential.

In May of 2016, KCPW received approval from the Federal Communications Commission (FCC) to physically move its main signal, 88.3 FM, to a site in the Oquirrh Mountains. From this improved geographic location, and thanks to new equipment, the newly-strengthened signal alone now reaches all of the communities the combined main signal and translator used to reach – and then some!

Since this change KCPW has become less clear with more static. Is there anything I can do.
I live near 13th east and 13th south in SLC.