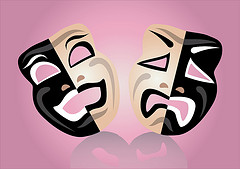 Salt Lake City continues to push for a Broadway-style theater downtown, but how would such a facility really affect local arts groups and what would it bring economically to the community? On Wednesday, Jennifer talks with representatives from three cities – Dayton, Denver and Durham, NC – about their experiences building a performing arts center in their cities.

Salt Lake City is bringing these three in to speak at a community forum tonight (Wednesday, Sept. 28) at 7 p.m. in the Main City Library auditorium, 210 E. 400 S, Salt Lake City.

Diyar Al-Bayati was a former Iraqi interpreter who accompanied U.S. soldiers on more than 200 combat missions. He was badly wounded and came to Utah as a refugee. Last week, he died unexpectedly and now his family is trying to raise the $15,000 it will take to return his body to his Iraqi homeland.

Contributions for Al-Bayati’s burial fund can be made at any Wells Fargo Bank under his name.

Could you please ask if they think SLC can generate a 500-600k surplus pet year as they claim in their proforna? Do any of these three independently generate surpluses or do they need a private/public subsidy? Thanks!