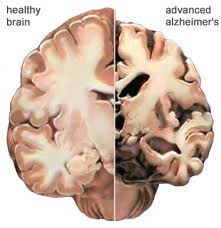 The number of Alzheimer’s patients in Utah is expected to nearly double by 2025. That’s prompted a state task force to start planning for the growing needs of people with dementia and Alzheimer’s. On Wednesday, Sen. Karen Morgan and Nick Zullo of the Alzheimer’s Association join Jennifer with an update on how the state plans to deal with the coming epidemic.

You’ve probably heard about nanotechnology, but do you know what it is? An update on Utah’s fast-growing nanotech research and industry.

Alzheimer’s Disease is the number 6 cause of death – and Mild Cognitive Impairment precedes many of those who are affected. I work with a medication – CerefolinNAC which has ingredients to slow the progression of MCI. I work with the makers of this medication in addition to taking it. If there is an opportunity to include a Webinar at your next session or planning event – please see http://www.cerefolinnac.com