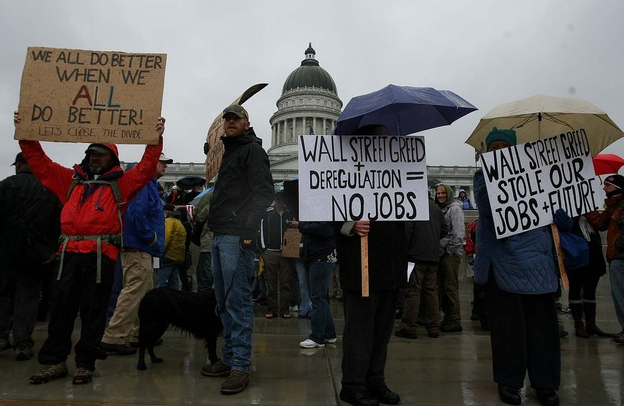 Occupy protestors were forced out of Pioneer Park Saturday night, 48 hours after one of their own was found dead in his tent. With tighter limits on where it can gather and colder weather on the way, what are next steps for Occupy SLC?

Last month, President Barack Obama honored University of Utah professor Peter Stang with the National Medal of Science. Stang joins us to discuss his remarkable personal story as well as his contributions to organic chemistry and his devotion to teaching.

I’m very disappointed in Mayor Becker’s and Chief Burbank’s action against the Occupy SLC protest. I have no doubt that the city powers have been waiting for an excuse to shut down the protest, and the death is just the excuse they were waiting for. The supposed sanitation issue appears to be yet another smoke screen to shut down effective protest.

The show of force calling in UPD was unnecessary and heavy-handed. It looks to me as if Salt Lake City has been coordinating its actions with Portland and other municipalities that would rather have Occupy go away.