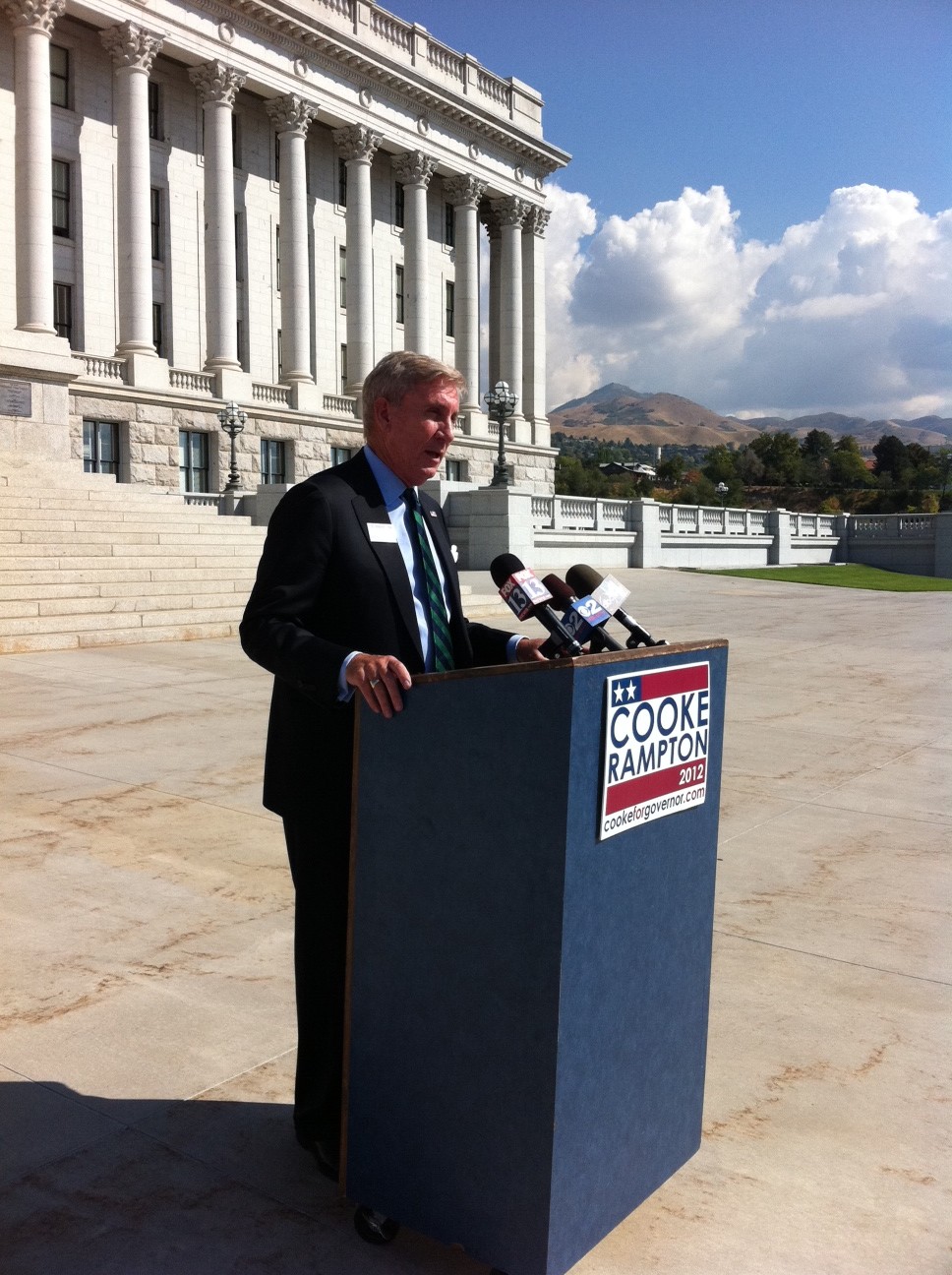 (KCPW News) Democratic gubernatorial candidate Peter Cooke attacked Governor Gary Herbert Thursday for what he calls a lack of oversight and accountability in state government. Speaking at the State Capitol, Cooke said Herbert’s recent consideration of an EnergySolutions executive to sit on the Radiation Control Board is an example of dangerous self-regulating.

“The reality is our current system regulates industry unintentionally, and becomes their own regulators. Real honest oversight does not exist where it must. If it’s industry watching over industry it’s industry policing itself,” he says.

After a legislative audit found the Division of Radiation Control depended too much on EnergySolutions’ self-reporting on its disposal of low-level radioactive waste, Governor Herbert reconsidered his appointment. Speaking at his monthly news conference on KUED, Herbert said it’s a difficult situation because state law requires a member of the industry to sit on the board.

“The difficulty we have in this particular case is that we find that the only industry that we have in Utah is EnergySolutions, so having somebody from there that specific industry on the board is somewhat problematic. We are going to take a look at that in light of the audit, maybe we need some people from out of state to sit on the board,” he says.

Cooke also criticized the process for selecting state school board candidates, which involves a selection committee that filters out candidates. Governor Herbert himself has previously expressed frustration with that process, saying it leads to confusion and misunderstanding.

Behind the Headlines Lawmaker quits amid solicitation allegation, Utah-linked White House aide is ousted and EnergySolutions may get big break from Legislature