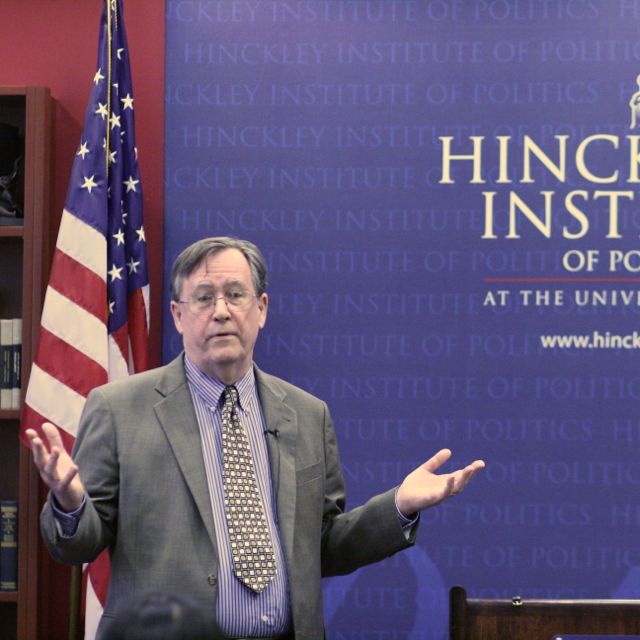 The Hinckley Institute Radio Hour (Original air date: May 27, 2015) – Professor Cheyney Ryan believes that people really don’t want to fight wars anymore.  Prof. Ryan works with the Oxford Institute for Ethics, Law, and Armed Conflict.  He is engaged in a multi-year project exploring the relation of pacifism and non-violence to contemporary just war theory.  Ryan has written and spoken about war, peace, and pacifism for several decades.  He is also a Professor of Philosophy and Professor of Law at the University of Oregon.  He has also taught at Harvard Law School and Northwestern University, and has been a fellow of the Oxford Changing Character of War Program.

Dr. Ryan spoke at the Hinckley Institute on April 13, 2015 about changing attitudes about war and serving in the military compared with just a few decades ago.  He argues that anti-war attitudes are generally the norm and prevalent among the American populace, and that war has generally lost its utility.

You can view a PDF of Professor Ryan’s handout here.