(KCPW News)[AUDIO AFTER BREAK] Utah cyclists might soon be able to legally run through stop signs and red lights.

House Bill 58 would allow people on bicycles to treat stop signs like yield signs, and to stop and look both ways before proceeding through a red light. 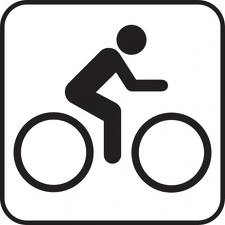 Currently, cyclists are required to follow vehicle rules for stop signs and stop at red lights for 90 seconds, and then proceed if the intersection is clear.

The bill was introduced by state Rep Carol Spackman Moss at a meeting of the House Transportation Committee on Tuesday. Moss says current laws impede the safety and mobility of cyclists.

“It takes physical momentum to restart if you have to come to a complete stop and take your foot out of the clip, and a vehicle can restart immediately,” Moss told the committee.

Phil Sarnoff is the executive director of Bike Utah, a group that advocates for cyclists in the state. He said his organization supports the bill because studies show the change would make streets safer for cyclists.

But Val Shupe, executive director of the Utah Chiefs of Police Association spoke against the bill, saying he had concerns about potential unintended consequences.

“If a vehicle comes down the road and a bicycle thinks that he has the opportunity to pass through but he doesn’t judge that speed properly, it could definitely cause a problem,” he said.

That argument didn’t sway lawmakers who unanimously voted to advance the bill on Tuesday. It will next be heard on the House Floor.

If HB58 passes, Utah would become the third state in the country to adopt such a law. Similar policies have been in place in Idaho since 1982 and Delaware since last year.

This report was produced in conjunction with radio journalism students at the University of Utah.