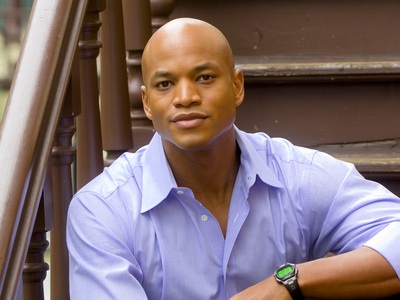 The Hinckley Institute Radio Hour (Original Air date: March 12, 2014) – Wes Moore is a youth advocate, U.S. Army combat veteran, television host, and social entrepreneur.  Moore spoke about his book, The Other Wes Moore, juvenile justice, and issues affecting young people of color in America today. Despite early aca­d­e­mic and behav­ioral strug­gles, Moore grew up to be an athlete and a Rhodes Scholar at Oxford University. He later served a tour of duty as a para­trooper and Cap­tain in the U.S. Army in Afghanistan.  Wes then served as a White House fel­low to Sec­re­tary of State Con­deleezza Rice.  He is now the host of Beyond Belief on the Oprah Win­frey Net­work.  His book, The Other Wes Moore (2010), was a New York Times and Wall Street Jour­nal bestseller.  Moore spoke at the Hinckley Institute of Politics on February 27th, 2014, with an audience of students and faculty.