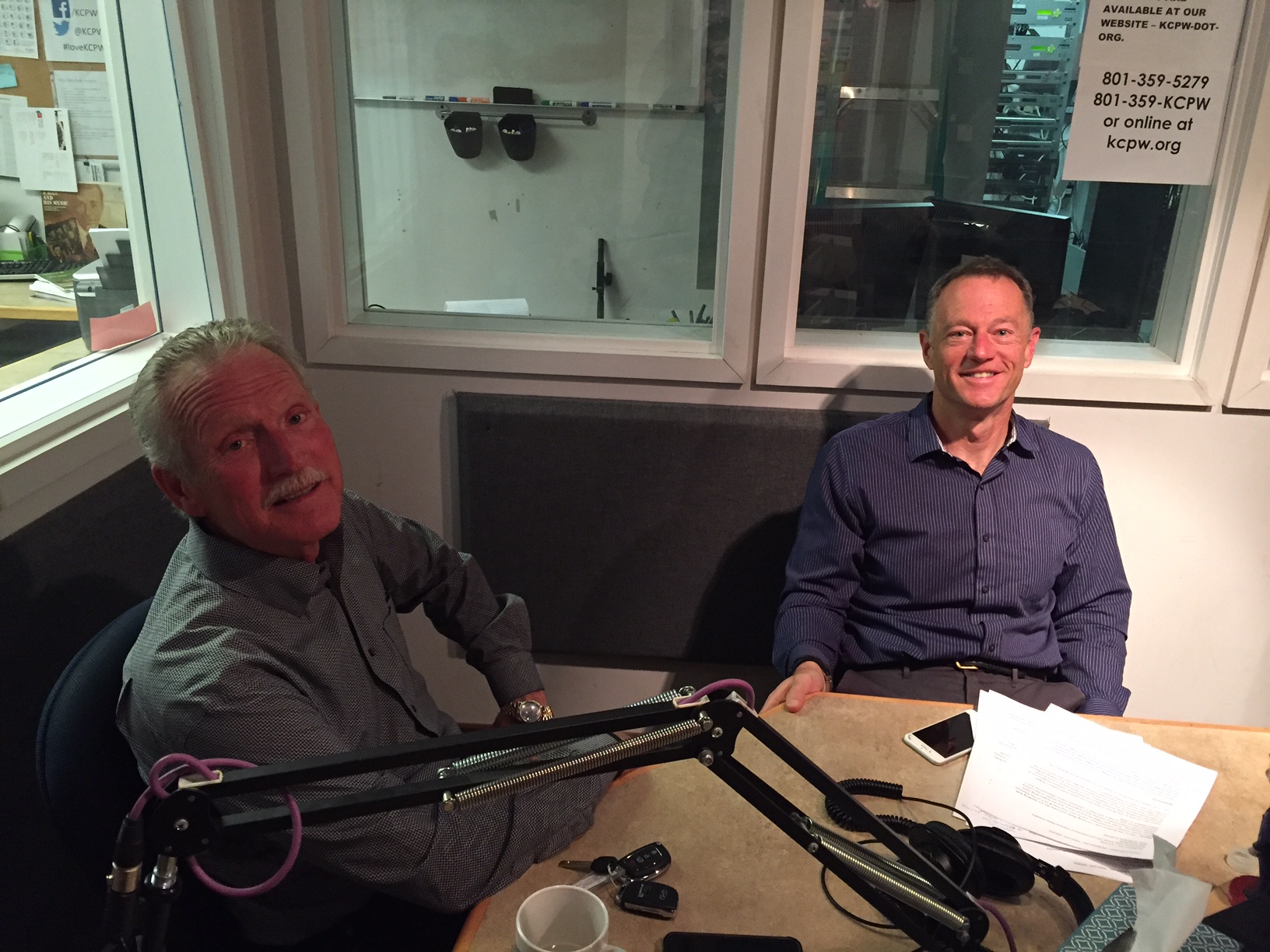 The Bottom Line – (Original Air date: March 22, 2016) By the late 1980s American Stores was the largest drug-store retailer in the United States and the third-largest grocery retailer in the country. The company operated Acme Markets on the East Coast and Alpha Beta on the West Coast. Among the business leaders steering the company’s decisions was Victor Lund, who is former Chairman & CEO of The American Stores Company.

In his interview with Doug Wells, Victor describes how the company was originally acquired and managed by Sam Skaggs and headquartered in Salt Lake City, Utah. During Lund’s 22-year career with American Stores Company he served in various positions. He talks about the company’s hostile takeover of the supermarket chain Jewel Companies in 1984, and shares his thoughts about such hostile takeovers.  American Stores’ acquisition of California’s Lucky Stores chain in 1988 became an anti-trust case that ultimately was settled by the Supreme Court. Lund talks about the company’s decisions to stay competitive in the early 1990s. American Stores became so big that it ultimately sold to Albertson’s for $11.7 billion dollars in 1998.

Victor Lund also talks about his experience serving board of directors for some of the nation’s largest companies including Delta Airlines, where he helped the company survive its 2005 bankruptcy. Lund has also served on the boards of Del Monte Foods, Mariner Health Care and the small startup Bill Me Later that was sold to eBay. Later in the interview Lund shares his thoughts on Walmart, the skills needed to be a CEO, and how he has balanced his professional career with his family and raising children.

The Bottom Line The Rise and Fall, Then Rise Again of Sportsman’s Warehouse