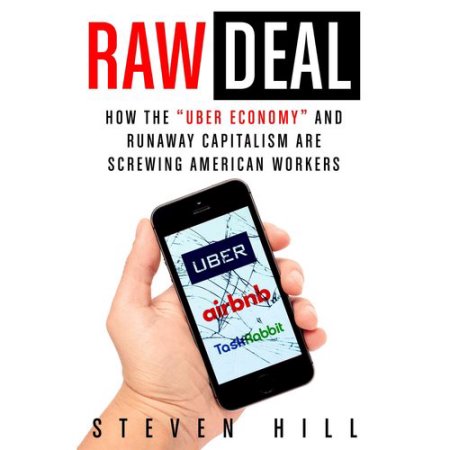 The Bottom Line (Air Date: January 24, 2017) – Millions of Americans love using Uber, Lyft, Taskrabbit, Airbnb, Upwork and many other disruptive startups that comprise the emergent “sharing economy.”  But political writer and lecturer Steven Hill argues that people working for these businesses are paid less and are losing the certainty, security, and benefits that Americans depended on a generation ago. Hill is author of Raw Deal: How the “Uber Economy” and Runaway Capitalism Are Screwing American Workers. He discusses the current problems these “gig economy” businesses pose for workers, traditional businesses, and local governments, as well as possible solutions to protect workers going forward.