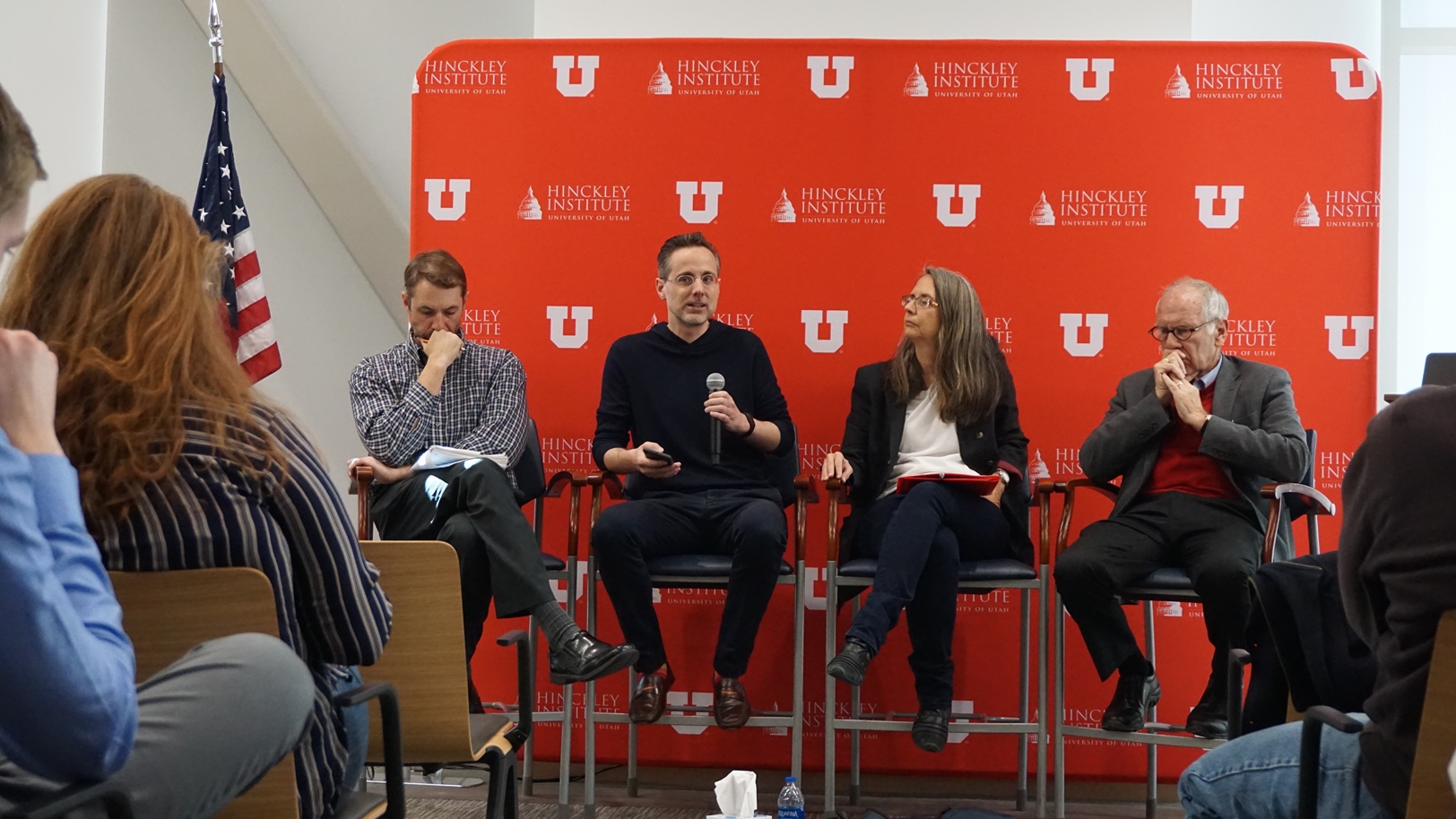 The Hinckley Institute Radio Hour — Today’s program features a forum on the future of the European Union.

Panelists delve into the historical unification of Europe, and why one country — the United Kingdom — is in the process of leaving the EU. “Brexit,” or the British exit from the EU, has defined the premiership of now-former Prime Minister Theresa May, who for three years tried and failed to work out and pass a trade deal between EU officials and the UK Parliament.

May’s successor in the Conservative Party, Prime Minister Boris Johnson, took office on July 24, 2019, and in his first speech stated that the UK would leave the EU with or without a trade deal on October 31, 2019. Economists have said that leaving without an agreement, or a so-called “hard Brexit,” could have immediate and long-lasting impacts on the United Kingdom’s economy and the European Union’s single market.

But what will Brexit’s impact look like for the EU and the UK? Has the European Union project been a success for all of its member states? Those questions and more addressed on today’s wide-ranging panel discussion.

The forum was recorded on November 19, 2018, and originally aired late last year.

The Hinckley Institute Radio Hour What is Europe’s Future?

Both Sides of the Aisle Proposition 4 and gun control policy