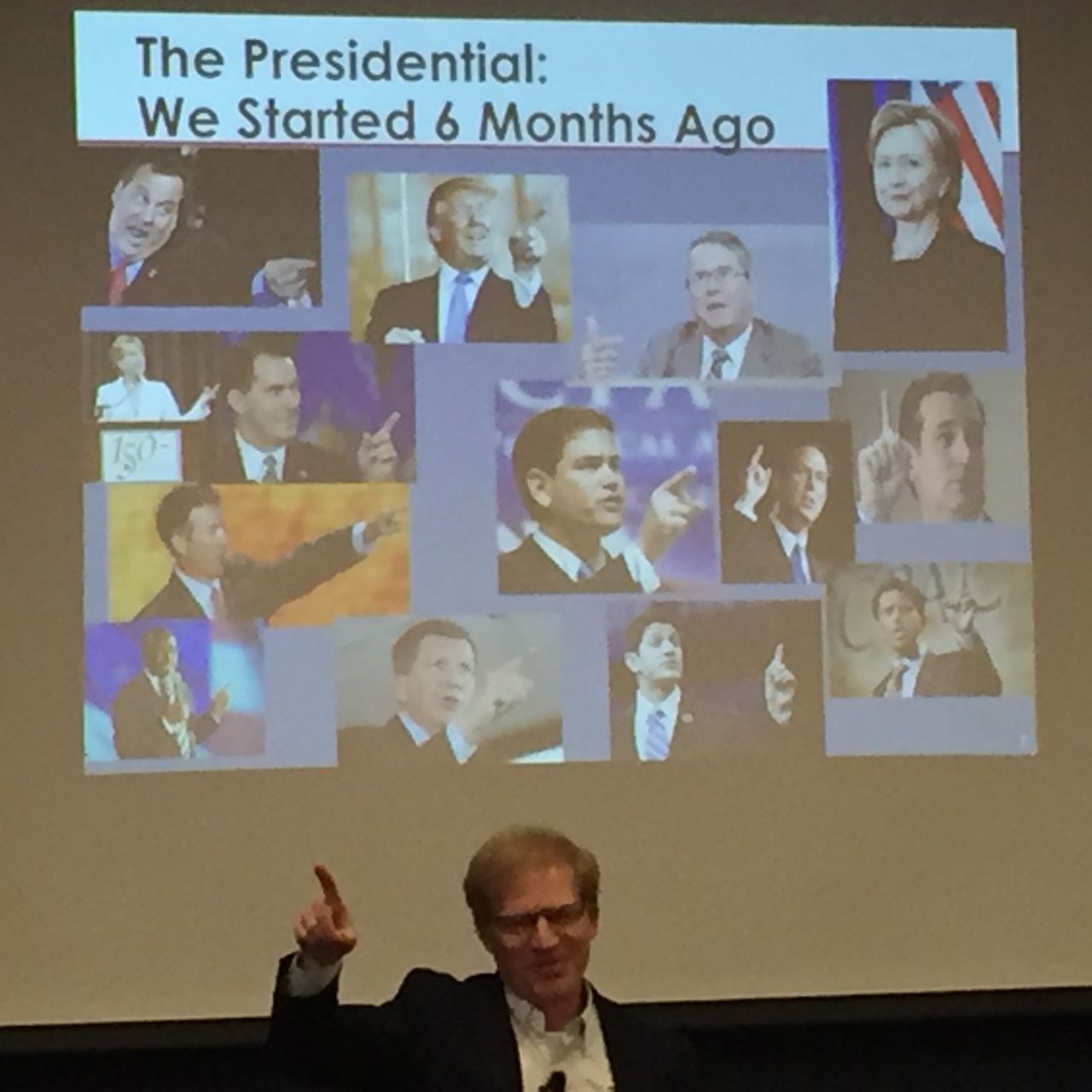 The Hinckley Institute Radio Hour (Air date: December 9, 2015) – Steve Grand is a professional political campaign media consultant.  He is a veteran of 4 presidential campaigns, and has produced political campaign advertisements for numerous and notable Republican governors, senators and Congressmen.  Steve Grand makes ads for American Crossroads, Crossroads GPS and other Super PACs started by Karl Rove, the former Senior Advisor for President George W Bush.  He has also produced ads for major corporations including Energy Solutions.  He spoke at the Hinckley Institute of Politics on December 1, 2015.  He spoke mostly about the 2016 presidential race.

The Hinckley Institute Radio Hour How to Micro-target Voters